Against an Independent Scotland

There are many reasons to oppose Scottish independence. One often overlooked argument is that independence would leave Scotland defenceless, writes Roger Watson. 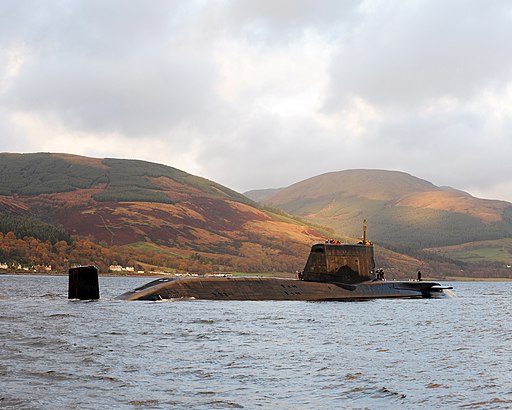 The prospect of a second independence referendum in Scotland is no longer remote. The possibility of a Labour government in Westminster, propped up by the SNP that makes its support contingent on another referendum, is also eminently possible. Only through the good sense of 55.3% of the population did Scotland escape independence back in 2014. Enthusiasm for independence has waned since then, but arguments against independence are worth reiterating. One often overlooked issue is that an independent Scotland would be unable to defend itself.

Scotland receives aid via that Flying Scotsman of a gravy train, the Barnett formula. At £32 billion for a population of five and a half million, is in the same region as the approximately £40 billion that the world sends to the whole of the African continent with a population three orders of magnitude greater. Income from the Barnett formula is nearly double the £17.7 billion Scotland earns from oil, whisky and tourism combined. Oil revenues are already plummeting, possibly to zero in the wake of eco-maniac policies geared as they are in Scotland towards wind and solar power. Solar power seems an unlikely prospect in Scotland. There may be wind in abundance, but surely, they are missing a permanent source of energy in the form of the hot air generated by the SNP.

Scotland’s total GDP is £166 billion. This compares with £1.9 trillion in England. This means that if Scotland loses the Barnett formula it will become a third world country. Furthermore, it has no currency of its own with the Westminster government making it clear, in the event of a vote for independence, it will no longer be able to use the pound.

The SNP’s defence policy is strong on what it will not do. The party pledges to banish nuclear weapons from within its borders. I suppose we should be grateful for this: the prospect of President Nicola Sturgeon with her hand on the nuclear button is a grim one. The SNP also opposes selling arms to Saudi Arabia; this should prove to be a remarkably easy pledge to fulfil as an independent Scotland would have no arms to sell.

How an independent Scottish government intends to defend its borders is unknown. The cost of defence is not directly proportional to the size of a population. In a suggestion which must have had the RAF Air Command at High Wycombe rolling about with laughter, the SNP proposed to rent RAF Lossiemouth back to the Westminster government. Perhaps they intend to ask the rest of the armed forces to pay for the privilege of coming to defend them.

The SNP seems to think that they have first dibs on the remaining Scottish regiments and all soldiers in Scotland. But it is unlikely that these would wish to leave the British Army and serve, with pronouns polished, under a woke Scottish government. In any case the regiments based in Scotland, except for one artillery regiment, are infantry and support regiments such as medical, intelligence and engineering. Highly specialised regiments, the SAS and the SBS, which would be vital to protect onshore and offshore infrastructure and security installations, and the SRS which provides reconnaissance for deployed troops, are not based north of the border.

For a minimal contribution Scotland is defended by the British Army. There are economic benefits to having 10,000 British armed forces and associated personnel stationed in Scotland and through procurement contracts of approximately £2 billion. All of this could be lost. And it is estimated that the SNP’s commitment to destroying the UK’s nuclear defence capability by closing Faslane could jeopardise a further 6000 jobs.
NATO and the UN, both of which an independent Scotland aims to join, say that membership would not be automatic. It could take up to ten years to achieve UN membership.

Since it is unlikely that Scotland could afford a functioning army of its own, in seeking NATO membership it would be expecting to be protected in the event of being under threat of invasion by another country. However, it would be unable to contribute to the defence of other NATO members. Notwithstanding that Scotland would have been ejected from the EU prior to Brexit had it voted for independence, the SNP proclaims a great affection for Europe. However, it cannot turn to Europe for help with defence as the EU is not a defence pact. In any case, it is far from guaranteed that an independent Scotland would be able to re-join the EU. Europe has enough economic basket cases on its hands.

All the above are hallmarks of the SNP. Party officials live in a fantasy world, detached from the economic realities under which Scotland survives. They have an inflated view of their own importance. Scotland has neither political nor economic clout and, in the event of independence, it would lack military clout. Finally, they have an astronomical sense of entitlement exemplified in their expectations that they would maintain the pound and the Barnett formula post-independence. They have even expressed an interest in keeping the Royal Family. Added to that they clearly expect the rest of the UK to provide them with defence and to come to their aid in the unlikely event that they were invaded. Although by whom and for what is almost impossible to imagine.

Roger Watson is a retired academic, editor and writer. He is a columnist with Unity News Network and writes regularly for a number of journals including The Salisbury Review and The European Conservative. He has travelled and worked extensively in the Far East and the Middle East.