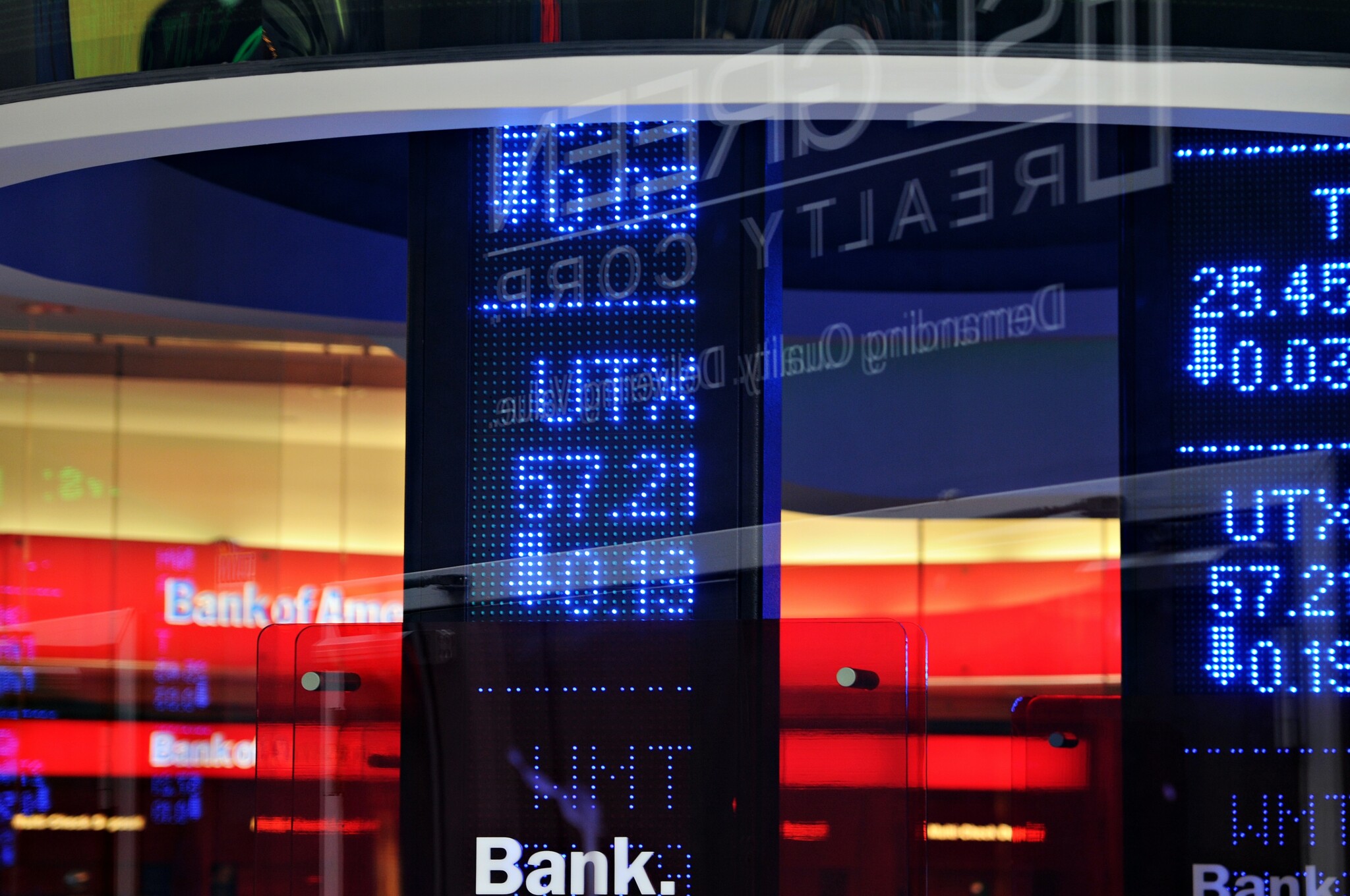 Democracy and Dystopia: Part One

Despite initial triumphalism, the post-Cold War growth of intangible capitalism, divorced from the concerns and values of democratic nation states, has left western democracies facing economic, social and existential crises.

At the end of the Cold War, Western democracies emerged as the wealthiest and most powerful states the world had ever seen. Four decades later, in the wake of a global pandemic, they were hugely indebted, self-loathing states, riddled by fears of migration and disease and beset by identity crisis. What went wrong?

One answer might be hubris. In 1989, a triumphant West assumed the globe was en route to a secular, liberal democratic, international order. Tony Blair, one of the more enthusiastic proponents of this triumphalism, observed in 2010 that ‘for almost twenty years … the West set the agenda’. (1)

Following the collapse of Soviet-style communism, it was all too easy to believe that the West’s model of liberal democracy and free-market capitalism, supported by a clear set of US-sponsored international rules, would spread to the four corners of the earth. Ultimately, however, ‘this proved to be nonsense’. (2) How did the triumph of the western-model unravel? And what remains of it in the wake of both financial meltdown and the massive debt which democracies accumulated when they opted to lock down once-open societies in response to the Covid-19 pandemic?

At the turn of the millennium, the Washington consensus held that the democratization of technology, finance, and information would drive international integration. Globalization created a new global power source- the ‘Electronic Herd’. The herd comprised ‘the faceless stock, bond and currency traders’ pioneering exciting new financial products, like derivatives. It rewarded, with investment capital, countries that put on a ‘Golden Straightjacket’ of deregulation. (3)

Western capital went in search of cheap, emerging-market labour and found the ‘most efficient low-cost producers’, mainly in Asia. (2) The best way to achieve rapid increases in living standards was to follow the market. States either got on board the global highway to a borderless, liberal democratic future, or found themselves consigned to failed statehood, where only crime and terror flourished.

The consequences were staggering, but not quite what the borderless world enthusiasts anticipated. The lazy assumption that, with the Cold War over, the rest of the world would embrace supposedly universal truths associated with liberal democracy proved an illusion. By the second decade of the twenty-first century, many countries, notably China and Russia, had done no such thing.

The geo-political consequences of the US sub-prime crisis of 2008–2010, followed by the fiscal attrition of the eurozone crisis between 2010 and 2018, indicated that history had far from ended. Globalization revealed its uncomfortable dark side.

The rise and fall of millennial capital

The politico-economic structure at the millennium was distinguished by overlapping jurisdictions and cross-cutting allegiances where the transnational character of global exchanges undermined the traditional territoriality and allegiances of the nation state, de-concentrating loyalty as it deracinated identities. At the same time, millennial capital, driven by increasingly global financial markets, undermined state based, or regionally focused, capitalism. Globalization shattered the post-1945, Ford-era contract between capital and the nation state. It recast socio-economic relations and political conduct. The global division of labour sounded the death knell of the blue-collar working class, replacing it with an insecure new ‘precariat’.

The political impact of millennial capital had already diminished assumptions about the equitable, wealth-enhancing character of globalized currency and trade flows. The financial crisis of 2008 and its aftermath dramatically intensified the inegalitarian, anomic character of the global marketplace. Western democracies reacted with a range of responses that have come into focus since the financial crisis and the panicked return of big state regulation during the global pandemic of 2020.

The 2008 crash was a credit crisis, where liquidity dried up and banks with low deposit bases, dependent for lending upon the international money market, went bust (as was the case with Northern Rock, the UK lender, and small, open economies, like Iceland and Ireland).

Cheap interest rates, kept low by the US Federal Reserve after 9/11, had fuelled a consumption-driven, asset price boom. Investment banks like Merrill Lynch, Lehman Brothers, and Bear Sterns became mortgage-based money machines vending leverage and securitization. In 2008, there was an estimated US$ 684 trillion in debt-related, credit-backed, derivatives in the global market – some twelve times the size of total global gross domestic product. When the money machine went bust, the cumulative actions of the Federal Bank and the Bush and Obama administrations succeeded in stabilizing the financial system and recapitalizing megabanks deemed ‘too big to fail’.

If the ultimate test of the policy of stabilization was the health of the banks, then the result was impressive. However, saving that system came at a price. The crisis revealed that national economic policy was ultimately subordinated to the needs of the financial system. To save it, national taxpayers paid to bail out global institutions. With much higher levels of government debt as a consequence of the financial crisis, and now the costs of lockdown, they will be paying for many years to come.

The eurozone crisis evolved somewhat differently from the US subprime crash, with consequences that were far more politically damaging for the EU’s project of closer political union. Millennial Wall Street was a North Atlantic, as well as a North American system. The City of London hosted 250 foreign banks prior to the crisis. RBS, Deutsche Bank, and BNP were the three largest banks in the world by assets. In 2007, the balance sheet of each came close to matching the GDP of its home country.

The fact that the eurozone was a work in progress exacerbated the European crisis. The dominance of the German economy within the European Union dictated its course. A German penchant for fiscal rigidity and a reluctance, prior to 2015, to let the European Central Bank’s Director, Mario Draghi, ‘do whatever it takes’ deepened the crisis.

Europe’s economies diverged, intensifying a North–South divide. Germany’s export surpluses grew, while the PIGS (Portugal, Ireland, Greece, and Spain) endured recession and mass unemployment. Europe’s largest economies, France and Germany, did not suffer the extreme inegalitarian distributional effects of the US sub-prime crash. Instead, they off-loaded the problem onto the weaker states of Southern Europe.

The eurocratic approach to crisis management, particularly its treatment of Greece, exposed the democratic deficit at the heart of Europe. Post-crisis Europe, rather than being a regional model, became instead ‘the object of other people’s corporatist capitalism’. (4)

Notwithstanding Europe’s fiscal incoherence, the magical monetary medicine of quantitative easing facilitated a bull run on equities between 2009 and 2020, disproportionately rewarding the top 10 per cent of households that owned 90 per cent of the total value of financial assets. Liberal progressive ideology, committed to social justice and the idea that all social ills were amenable to state-engineered technocratic remedies, had unintentionally achieved this inegalitarian outcome. (4) The contrast between Wall Street and Main Street could not have been starker. American crisis management nevertheless worked. After 2012, the US economy started to recover, but inequality was institutionalized.

The spirit of inequality, Montesquieu observed, corrupts democracy. It ‘arises when citizens no longer identify their interests with the interests of their country, and therefore seek both to advance their own private interests … and to acquire political power over them’. (6) This corruption of the democratic spirit began in Silicon Valley and spread, as if by an invisible hand.

AI and the great disruption

After 2008, American capitalism recast itself in a monopolistic mould. Information technology companies, with their global footprint, were the major beneficiaries. In the process they built a new economic model. The emergence of the GAFA (Google, Amazon, Facebook, and Apple) tetrarchy that escaped anti-trust, data protection and tax investigation distorted the free market, corrupted the understanding of free speech and fractured, perhaps irreparably, the relationship between individualism, property rights, and political democracy. As recent scandals involving Facebook, Twitter and Google demonstrate, the new media now surpasses traditional mainstream media in influencing voter behaviour and acting as an arbiter of political speech.

In practical terms, the new technology companies have achieved immense financial power. Amazon, PayPal, and Google (restructured as Alphabet in 2015) launched after 1994, Gmail first appeared in 2004, as did Facebook. Twitter began tweeting in 2006, Airbnb renting rooms in 2008, Tesla making driverless cars in 2003, and Uber ride hailing in 2009. Silicon Valley hosts the corporate headquarters of Apple, Google, Facebook, Twitter, Uber, PayPal, and Airbnb. The valley engineers the future, and the future is algorithmic.

By 2017, eight of the world’s most highly valued companies were technology businesses. Of these companies, five (Apple, Alphabet, Microsoft, Amazon, and Facebook) are based in the US, two (Ali Baba and Tencent) in China and one (Samsung) in Korea. European companies are notable only by their absence.

A progressive, anti-establishment worldview informed Silicon Valley’s mutation from counter-culture to cyber-culture. The Siliconians assume they are ‘the solution, not the problem’. They want ‘one global community’, but to build it, they ‘disrupt’ the old. Libertarian in their origins, the engineers of the virtual world conceived it as an anarchy. Yet, big-tech behaviour quickly eschewed its roots. The economic strategy of the new media leviathans encourages ‘creative’ monopoly, not competition. Facebook, Google, and Twitter are media platforms that mine data and generate profits through advertising. In 2017, Google and Facebook received 63 per cent of all US digital advertising revenue. In the process they created a distinctly intangible economy.

Developed economies now invest in design, branding, R&D, and software, rather than in tangible assets, such as physical plants and machinery. Intangibility has determined the key economic changes of the last decade, from economic inequality to stagnating productivity.

This intangible economy is fundamentally different from the pre-tech one, as the shuttered retail outlets on UK high streets since lockdown eloquently testify. Its characteristics involve ‘scalability’ of product design, spill-overs into other products in the same domain, and synergies where design and development create dynamic hubs, whilst generating greater inequalities in wealth across the wider society. As intangibility flourishes, the old economy dies.

Intangibility has also intensified the rise of super-dominant companies, removed from political or fiscal oversight. The oligopolist character of the new economy means that since the 2008 financial crisis, the Gini coefficient has widened in all developed economies, fracturing a crucial link between capitalism and democracy.

The new media platforms gather data to produce information that influences decision-making, disrupting the political relationship between the individual citizen, the constitutional order, and the market. Paradoxically, the anarchic space of virtual freedom offers the most valuable weapon for political control, manipulation, and the dissemination of non-information. Social media companies already offer platforms to target voter preferences and facilitate extremist ideologies that render democratic processes open to manipulation by alien powers.

Whilst the intangible economy enabled the emergence of a transnational progressive class  detached from the concerns of the nation state across the Anglosphere, things developed differently but equally oligarchically in Europe. The European project, once envisaged as the harbinger of a more enlightened, socially just regional order, found – through conventional fiscal means – a route to inegalitarian outcomes that divorced its cosmopolitan elites from their dissatisfied masses. Ironically, the desire of  former German Chancellor, Angela Merkel, Europe’s most powerful head of state, to keep the eurozone together whatever the cost, achieved the populist backlash that ever closer union sought to avoid.

Next week, we shall examine the consequences of this populist backlash and its implications both for progressive transnationalism and the sustainability of political democracy.

David Martin Jones is Visiting Professor in War Studies, King’s College, London. His latest book is Terror in the Western Mind: Cultural Responses to 9/11, co-authored with M.L.R. Smith and published by Academica Press.

To help us publish more essays like this, please donate to Cieo.