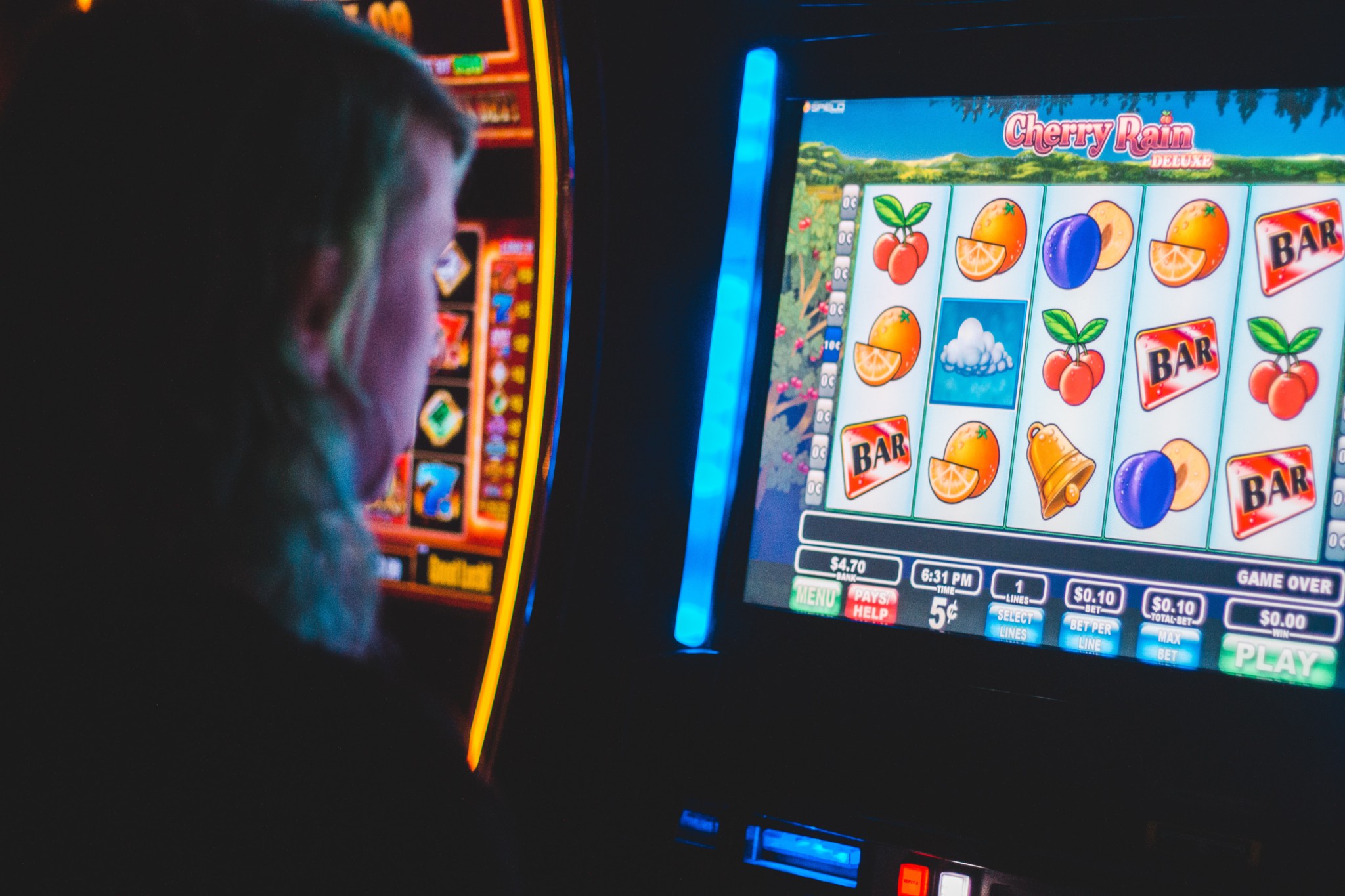 Dan Waugh argues that the growing influence of the public health lobby on gambling regulation may signal the rise of a new temperance movement.

The Government has defined its review of the Gambling Act as an exercise in legislative modernisation that will ensure Britain’s gambling laws remain ‘fit for the digital age’. Its terms of reference are couched in the language of the Act itself – keeping crime out, ensuring fairness and protecting children and vulnerable people. It explicitly seeks to balance consumer freedom and enjoyment against the risk of harmful consumption.

For others however, the review is an opportunity for a fundamental rethink on gambling policy and the implementation of ever greater restrictions on consumer freedom in the name of public health. While public health thinking is well-established in western liberal approaches to the regulation of gambling markets, the idea of public health hegemony is a more recent and radical development – reminiscent of Victorian-era temperance movements. Its adherents perceive gambling to be an inherently harmful (or immoral) activity akin to tobacco smoking; with gambling itself rather than disordered gambling the problem to be addressed. For example, the Gambling Health Alliance (a coalition led by Britain’s Royal Society for Public Health), has stated: “This review of the Gambling Act is long overdue and it is time to put the often spoken about “public health approach” into practice. Just as we have rightly taken steps to ramp up the regulation of other harmful products such as tobacco and junk food, we now need to do the same with gambling”.

The views expressed by the Gambling Health Alliance and others are fundamentally distinct from the logic that underpins the Gambling Act 2005, which positions gambling as a legitimate but risky pastime for adults; and which seeks to balance consumer freedom with consumer protection. The review of the Act thus pits those seeking to put the industry on a more sustainable footing (through heightened and more targeted consumer protections) and those intent on dismantling that very industry.

The re-examination of gambling legislation is long overdue and there are valid concerns to address with regard to customer protection (particularly online). The critical question, however, is whether the Government will continue to do this by focusing on the minimisation of harmful gambling or whether it bows to more extreme elements of the public health lobby and moves to suppress gambling itself. Will the Gambling Act review result in modernisation for the digital age – or might it turn back the clock to an age of disapproval and intolerance?

Public health is defined as “the art and science of preventing disease, prolonging life and promoting health through the organized efforts of society” (Acheson, 1988). It promotes well-being at the level of the population (or of specific population sub-groups), integrating ‘upstream’ preventative measures with more targeted ‘downstream’ interventions. Its value to gambling harm prevention has long been recognised. The first research paper on the subject, ‘Gambling and the Health of the Public: Adopting a Public Health Perspective’ by Harvard Medical School’s David Korn and Howard Shaffer was published in the Journal of Gambling Studies in 1999. Contrary to some claims, the use of public health approaches in gambling is nothing new – and is not in itself antagonistic to the ‘Reno Model’ that defined western liberal approaches to gambling regulation (including the Gambling Act 2005) at the start of the 21st century. The Reno Model was in fact enshrined as a framework to “promote public health and welfare through a range of prevention efforts” ; the very same Howard Shaffer helped to frame it.

One problem with the phrase ‘a public health approach’ is that it is conceptually very broad. It accommodates a wide range of views, including the idea that the best way to address gambling-related harms is to suppress gambling entirely. The public health research team at the University of Sheffield, tasked by the British Government (via the National Institute for Health Research) with advising on interventions to prevent gambling harm has, for example, recommended increases in taxation and greater restrictions on marketing as a means of reducing the overall consumption of gambling – and not simply harmful consumption.

Gambling-related harm is also a very loosely defined concept. Some researchers and lobbyists have chosen to set the threshold of harm at such low levels that large parts of the population may be said to be affected. This in turn is used to justify stricter controls at the level of the overall population. The Short Gambling Harms Screen (Browne et al., 2016), for example, proposes the idea that a reduction in available spending money or a reduction in money to spend on other recreational activities constitutes harm to the consumer. Although this may be the case where large amounts of money are concerned , it is unlikely to be true at lower levels, where the choice to spend money on one commodity rather than another represents a substitution effect rather than a measure of harm.

Genuine harm of course may extend beyond the disordered gambler to include family numbers, employers and the wider community. In Australia in 2016, Goodwin et al. conducted a survey to understand the wider effects of problematic gambling. The results produced the estimate that an average of six people are negatively affected for every PGSI ‘problem gambler’ (along with three for every ‘moderate risk’ gambler and one for every ‘low risk gambler’). Although the wider impacts of disordered gambling have long been recognised, the Goodwin et al. findings are often used to suggest a scientific precision that is in fact illusory. The ‘affected other’ multipliers are based upon answers to two questions:

1) Have you had a close relationship with a person whose gambling has caused problems in your life, no matter how minor?

2) Considering all the issues raised earlier, how many other people would you estimate were affected by this person’s gambling during this period of time?

The study highlights the issue of affected others but is deeply subjective (with respondents being asked to identify harm to others) and makes no distinction between minor, self-defined “harms” and serious harms. Interestingly, the ‘problem gamblers’ in the study reported lower numbers of affected others but this was discounted by the researchers (a curious disregard for their ‘lived experience’).

Claims regarding wider effects from problematic gambling are typically presented without context. The psychiatric literature identifies a wide range of disorders related to inter alia shopping, internet use, eating, alcohol consumption and caffeine consumption. In most cases it is likely that a wider group of affected others will orbit the disordered individual. Where problematic gambling is concerned, the most obvious and least ambiguous of harms to affected others are likely to be financial. Such harms however, may arise in relation to a much wider range of activities that result in financial loss (uncontrolled spending on a range of commodities; speculative investment and so on) and are not unique to gambling. Nor does it seem likely that the consequences to others of financial problems accrued through gambling are more severe than if those problems are acquired in other ways. It is therefore important to recognise that, while the negative consequences of disordered gambling will extend beyond the individual, the same is true of a much wider array of consumer and recreational activities.

There is also an issue with causation. We know that people with gambling disorder are at risk of acquiring problematic debt – but what if the gambling disorder is itself the consequence of something else? If an individual gambles excessively as a means of relieving traumatic feelings, should we attribute the financial harm to the gambling or to the cause of the excessive gambling? Psychiatry typically seeks to go beyond the harmful behaviour to identify its cause; but under “a public health approach”, the buck often stops at gambling.

This new-style ‘public health approach’ locates the problem with gambling at a societal rather than an individual level. It has been said that in the nineteenth and twentieth centuries, psychology and psychiatry rescued aberrant behaviours from the embrace of ‘sin’ – recognising that people exhibiting disordered or harmful behaviours needed support and understanding rather than condemnation. The public health lobby seems intent on returning such behaviours to the domain of vice, but this time with absolution for the individual and condemnation for a society that permits ‘immoral pursuits’.

It is notable in fact just how many of the leading figures in the campaign against gambling have strong religious affiliations. In the House of Lords, the Anglican Bishop of St Albans has become prosecutor-in-chief against gambling; while in the Commons, some of the most prominent anti-gambling MPs espouse ardent religious convictions. The current chair of the Gambling Commission, Bill Moyes has held several senior positions within Roman Catholic organisations in Great Britain. As with some religious groups, the public health lobby appears highly intolerant of dissent (agitating openly for the gambling industry to be denied the opportunity to contribute to policy debate), censorious in nature and willing to bend the truth or to use ethically questionable tactics in pursuit of ‘higher ideals’.

The idea of gambling (amongst other activities) as a born-again vice plays well with the mainstream media and introduces the idea that any consumer or societal benefits from gambling are in fact part of the problem. If the pleasure obtained from gambling leads some people into repeated and harmful consumption then that pleasure cannot be considered a benefit for any (in much the same way, positive mood modification from alcoholic drinks might be discounted as a benefit on the basis that it encourages consumption). In this way, the views of adult gambling consumers are marginalised and their right to autonomy neatly dismissed. As the father of modern gambling studies, the late Professor Bill Eadington observed more than 20 years ago, there is a “second class status of gambling as a commodity”; gamblers are “consumers whose demands are not fully respected in the public policy formulation process.”

Allegations of widespread harm and the disenfranchisement of the industry and recreational consumers are thus cornerstones of the movement to suppress gambling through progressively tighter regulatory and legislative controls.

The Gambling Commission claims to be following a ‘public health approach’ and those three words have been used extensively to justify its current programme of re-regulation – including its plan to subject a large number of gambling consumers to highly intrusive ‘affordability checks’ at relatively low levels of expenditure. It has not however been particularly clear about what it means by ‘a public health approach’ or why the ‘public health approach’ it is pursuing in 2021 is so radically different to the one it claimed to be following in 2015 (now expunged from its corporate memory). There may indeed be something problematic in the fact that the rhetoric of the market regulator resembles so closely the words of those seeking to diminish that market.

The confusion around what ‘a public health approach’ involves is likely to frustrate coordinated attempts to reduce harm. Responsible operators are still implementing safer gambling programmes based upon the logic of the Gambling Act – with the focus on supporting their customers to gamble with control and moderation; and to intervene more forcibly where they have reason to suspect risk of harm. There is little doubt that licensees and the Gambling Commission have raised standards of harm prevention in recent years (particularly in online gambling where those standards had too often been very low); but it is hard to see how dreams of sustainability can ever be compatible with the aims of a movement that perceives the industry’s very existence as an affront. We are therefore left with a question of whether the Government review will result in a legislative upgrade consistent with the Gambling Act’s spirit of tolerance and its pursuit of balance – or whether it will instead mark the transition to a new age of moral disapproval.

Dan Waugh is a partner at the global strategic sports and leisure advisory firm, Regulus Partners.

To help us publish more essays like this, please donate to Cieo .

Photo by Erik Mclean on Unsplash.