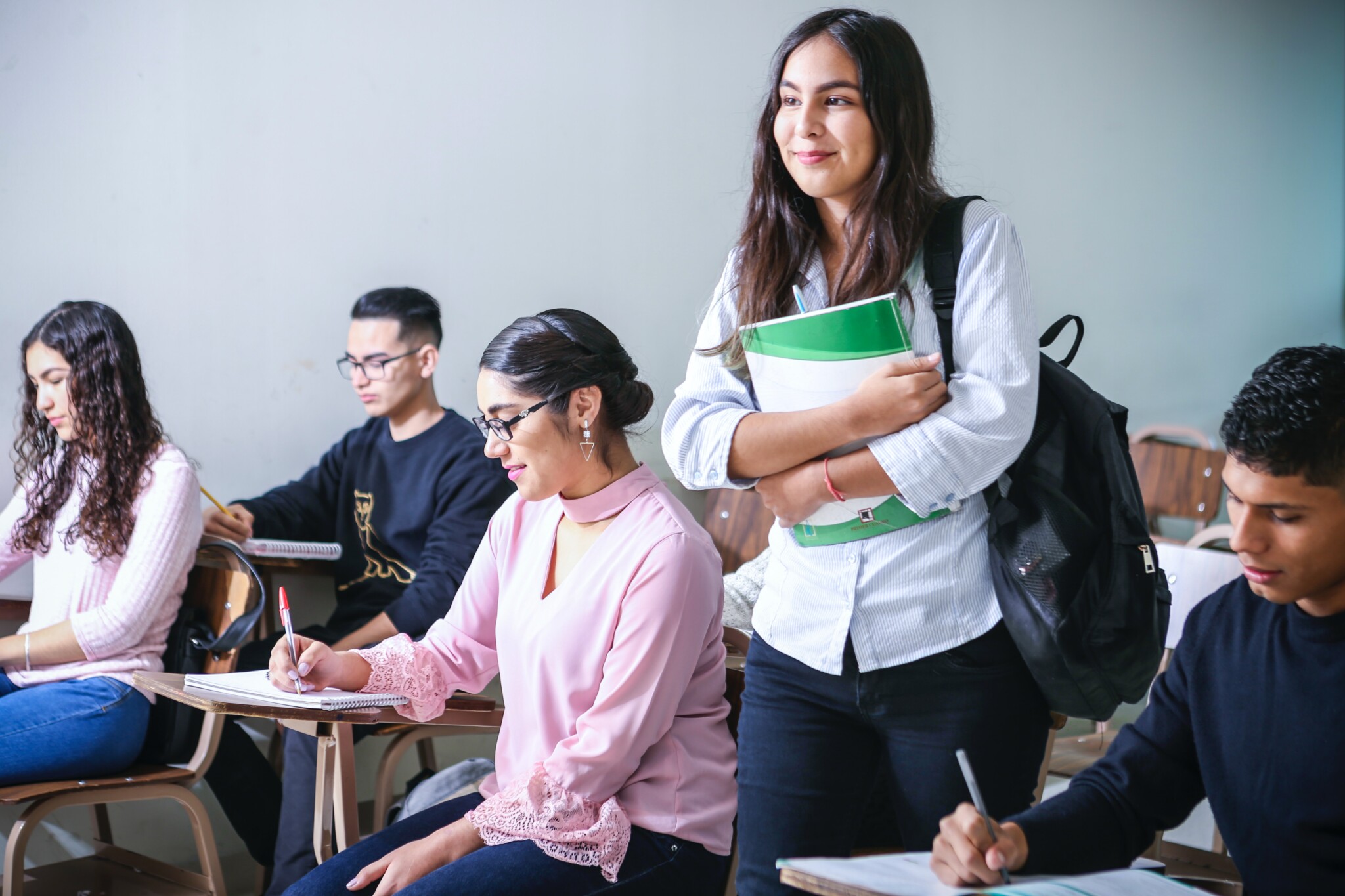 International schools allow children from different culutures to learn alongside one another. But new woke policies emphasise racial differences and pose a threat to both education and pupil wellbeing, writes Alexander Hughes. 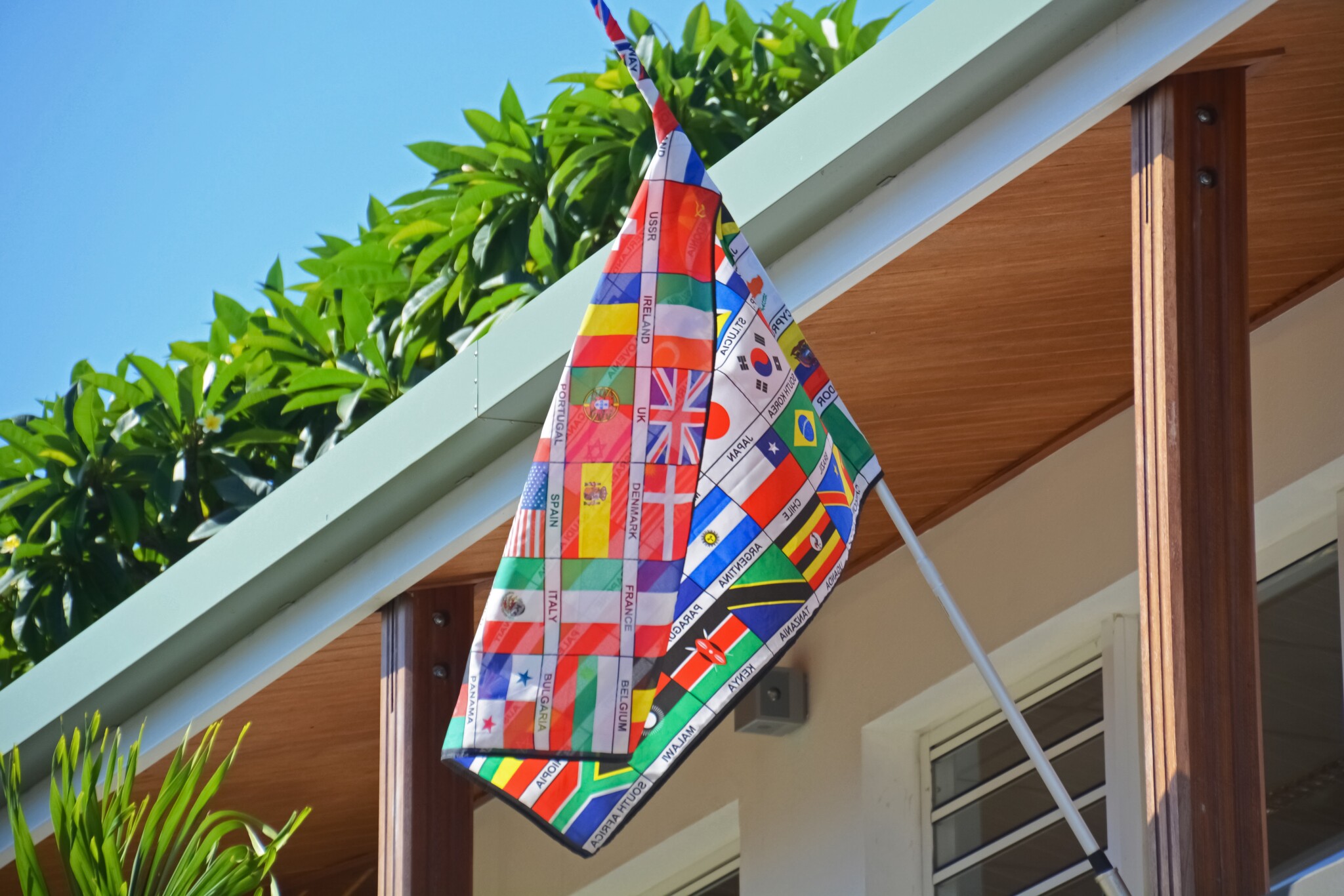 For many state-school teachers based in the UK, the opportunity to work internationally is a dream come true. I was one of them.

After 22 years in the classroom, I was caught between difficult behaviour from a significant minority of pupils, managerialism, and unrealistic expectations, all while my salary as Head of Faculty barely covered the nursery costs of our two young children. Two years ago, when a great opportunity came up in a renowned international school, with a good salary, and Bali just around the corner, we took the plunge. As an added bonus, I looked forward to escaping the woke thinking that was already starting to make its presence felt in the minds of staff and children. But it turns out I got that one wrong.

International schools can be found in or around every global city. They are often branches of established British public schools, that have ridden the wave of international trade, exporting their brand of tradition, education, achievement, and aspiration to the super-rich, new middle-class, expat workers (all paid for by their companies) and the teachers themselves. Some schools teach a UK curriculum with GCSEs and A Levels while others teach the International Baccalaureate. Many offer a combination of both. Whichever option, the schools perform two key roles: they offer children access to the elite world that speaking English brings and they help them apply for the highest ranked universities in the world. The fees, as you would expect, are stratospherically beyond the means of most people in developing countries. My school charges parents £25,000 per year for a pupil taking International GCSEs.

International schools tread the line between meeting aspirations of global citizenship and meeting (or frequently avoiding) the laws and sentiments of host nations. This is the space in which the Council of International Schools (COIS) operates. The COIS is a body independent of any national government. Its main function is to accredit international schools, ensuring that they are meeting standards ranging from teaching and learning all the way through to site management. Its aim is to ensure schools provide pupils with a high standard of education, while still allowing them to operate within their national and community contexts. Schools consider COIS accreditation a badge of honour, proudly displaying its logo on websites and literature. It has traditionally served as a guarantee to parents that the school has reached high standards of competency. Up until now.

For a majority of international teachers, myself included, working alongside people from different cultures is immeasurably rewarding. Many of us, like me, have partners from different cultures or ethnicities and mixed-heritage children. We are certainly not racist. In fact, many of us would consider ourselves to have actively worked to combat racism.

I make these claims after observing how anti-racism training and policies have been unfolding in the UK and US. To be anti-racist is, it seems, to see racism everywhere, in every situation, and as integral to structures that keep white people in power and black people oppressed. Anti-racism is a highly structured and ideological practice that emerges from intersectional and Marxist understandings of the nature of power. In this way, anti-racism becomes a totalising and universalist ideology.

Part of the justification for including anti-racism as part of the COIS accreditation process can be found in a COIS blog for teachers and school leaders, posted in 2020, titled ‘International education perpetuates structural racism and anti-racism is the solution’, and the follow up written in Jan 2021, by the CEO of COIS, Jane Larssen. In it, Larssen states that ‘accreditation is a powerful lever for change and one that works.’ No distinctions are made for the different contexts and situations of the 1300 schools and universities covered by COIS. Anti-racism is, it seems, a one size fits all practice.

In a different blog promoting an anti-racism workshop, COIS recommends training to ‘address our implicit biases and those of others before these lead to systematic and structural racism and discrimination’. Schools are expected to run these workshops for their teachers in order to demonstrate that they ‘raise awareness of inclusion, diversity, equity and anti-racism’. The inclusion of anti-racism as an objective for school accreditation is presented as brave, even radical, but in reality COIS are following other educational institutions down a well-worn path of Equality, Diversity and Inclusivity.

Take the knee or do not teach

COIS expects schools to include anti-racism as part of their ‘future aspirations’. This means making anti-racism integral to the recruitment of new staff. Schools are asked to consider, ‘How should inclusion, diversity, equity and anti-racism be considered in the school’s recruitment and retention policies and practices?’ and ‘how might the school improve awareness of inclusion, diversity, equity and anti-racism?’ In other words, take the knee or do not teach. This is a shocking combination of judgmentalism, authoritarianism and high-handedness that international teachers, who generally work on contracts of 1 or 2 years, are not in any position to reject. It is also completely unjustifiable.

What could the inclusion of anti-racism as part of the accreditation process mean, in practical terms? Effectively teachers would be contractually obliged not only to present the assumptions that lie behind anti-racism as untrammelled fact, which they are not, but also to racially profile the children in their class in order to stigmatise them as either privileged or oppressed, in the manner that anti-racism conceptualises relations between individuals.

There are now many examples of how this thinking plays out in practice. Some councils in the UK are now hiring consultants to ‘decolonise the minds of toddlers’. Brighton and Hove council has undertaken Racial Literacy 101 training with around 300 teachers so far. Its course material tells teachers: ‘Between the ages of three and five, children learn to attach value to skin colour; white at the top of the hierarchy and black at the bottom.’ In one diagram, nebulous concepts such as ‘cultural appropriation’ are shockingly placed alongside lynching. Am I to be included into a ‘culture of car accidents’, because I once watched an episode of Top Gear?

Section H1 of the COIS accreditation process asks ‘How could the school, in conjunction with parent organisations associated with the school, foster further inclusion, diversity, equity and anti-racism?’ In going down this line, there is a risk that COIS are setting themselves up for conflict with parents. In the US, some parents have taken to the courts to try to block schools from pursuing an ideological race based agenda.

There is also a danger that practices such as decolonising the curriculum, also recommended in a COIS blog, lead to a decline in educational standards through an acceptance of cultural relativism. In the 2021 book The Anti-Racist Baby, by Ibrahim Kendi young children are presented with ideas such as ‘anti-racist babies knock down cultural blocks’. In this way, social-political literacy displaces actual literacy, just as Paulo Freire intended.

No child should be made to feel guilty on account of their race, as Article 2 of the United Nations Convention on the Rights of the Child states. Children themselves, of course, do not know the extensive theory and literature that justifies their persecution, but they bear the punishment that comes with accusations of ‘white privilege’ and ‘white supremacy’. It is the child that risks the resentment of their peers’ social recriminations. Any difference or perceived difference can trigger mobbing and bullying in a school, so for an organisation predicated on children’s wellbeing to wilfully set up a situation of ‘them and us’ in a classroom should trouble those concerned with child safeguarding.

The claim that schools perpetuate systemic racism does not foster healthy relationships, or genuine conversations about race, it blocks them. It does not help children to ‘do better’, it guilt-trips and shames them. The notion that the teaching profession, arguably one of the most ‘progressive’, is steeped in unconscious racialism and legacy colonialism, is far-fetched.

Anti-racism flattens the personal bond between teacher and child, that makes learning possible in the first place. When every interaction is perceived as manifesting racism then rather than nurturing young people who are tolerant, adventurous, brave, and aspirational, we will have suspicion, resentment, anger, and confusion. Young people will be taught that every misfortune is racially motivated, and every bad grade or setback is a racial slight. Learning itself becomes bleak and conflicted. Jane Larssen, the CEO of COIS claims that there is no hidden agenda to anti-racism training, but I do not think COIS is being realistic about what this will involve for children.

One parent at the American School in London reported that ‘every subject, from art to literature to history, is now being taught through a prism of race and gender, at times to very young children.’ After school clubs were racially segregated. Ofsted, identifying a breach of equalities legislation, downgraded the school to ‘requires improvement’. Yet the advocates of critical race theory (CRT) remain myopic to its shortcomings.

Improvements in technology, trade and wealth, not simply the legacy of colonialism, created the middle-classes that aspire to international education and has paid for the surge in international schools. How exactly does COIS expect to convey the message to their Asian school members, that their children’s results are not down to their hard work and aspirational values, but to ‘white adjacency’? It seems a double standard for an organisation to pronounce its anti-capitalist credentials while being paid for out of the pockets of aspirational parents.

Teachers already do tremendous work in creating spaces where children and young people can learn about racism. But we should not base a child’s identity and sense of who they are on an exaggerated and distorted understanding of those things, to the point where their lives and learning become an extension of their group identities.

Anti-racism presents an ‘us and them’ narrative to children and young people, and while this is attractive to young minds, conceptualising the problem in this form interferes with the solutions we need to generate. Schools must be trusted to carry out the actions that they need to tackle racism where it manifests in their specific circumstances. They should not be compelled to adopt a particular ideological stance.