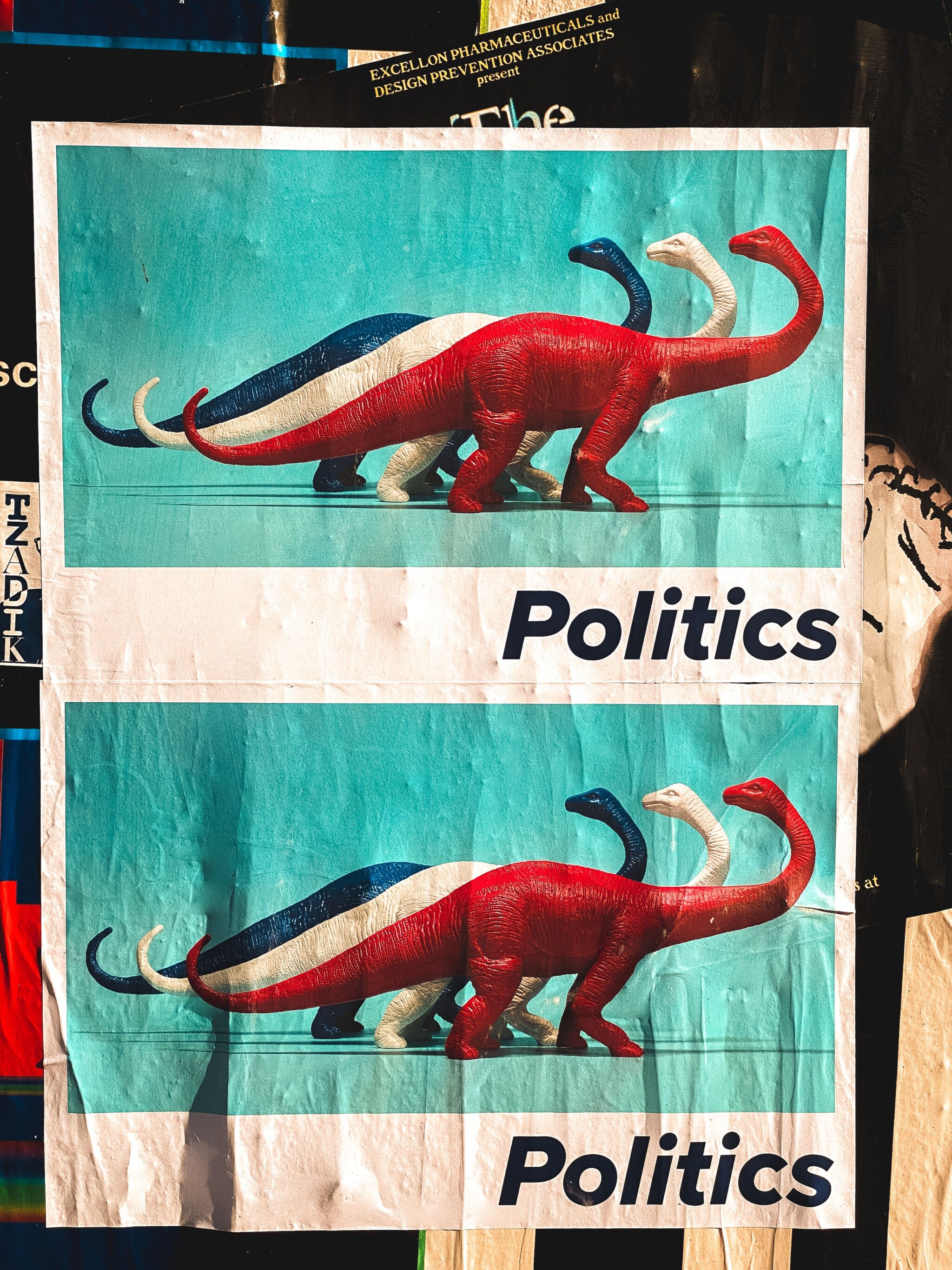 We Need To Talk About Trans Politics

Increasing numbers of people are politically non-binary – but there is still pressure to conform to out-dated notions of left or right, write David Martin Jones and M.L.R. Smith. 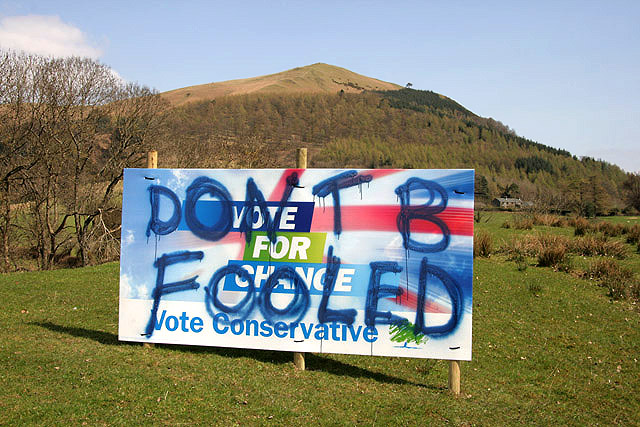 Have you ever felt like you do not meet society’s expectations? Are you wondering about your identity? Do you find conforming to social stereotypes oppressive? Do you have ‘strange’ thoughts about who you might be, causing you to question prior assumptions about yourself?

If the answer to any of these questions is ‘yes’, then you may well be trans. We’re not talking gender here. We’re talking politics. The growing ideological fluidity between traditional notions of left and right is leading to political cross-over and convergence. Groups that once had little in common suddenly find they are united.

People who are trans-political, or who identify as politically non-binary, come from both ends of the political spectrum but all now find themselves at odds with the Conservative and Labour Party, as well as the mainstream media narrative of contemporary events. Welcome to the new trans politics.

Here, we have put together a handy guide to help you work out if you too might be trans-political.

If you used to describe yourself as a ‘classical liberal’ and voted Conservative before Brexit was even a thing, but no longer feel at home in Johnson’s one nation, the following signs may help you determine if you are, indeed, trans:

Similarly, if you have always voted Labour because your nan would turn in her grave if you so much as thought of putting a cross elsewhere, but are beginning to feel a bit discombobulated yourself, you might need to consider the possibility that you are actually trans. If you are, here are some questions you might be asking yourself:

If you were ‘on the left’ when you started asking yourself these questions, but now find that your views are better reflected in the pages of the Daily Mail rather than the Guardian, then you may be in the first stages of political transition.

Those who once identified with a conservative disposition often transitioned as a consequence of foolish foreign policy decisions and economic and fiscal misconduct. Those coming from the left tended to transition as a consequence of culture war and Covid-19. The transitioning process may therefore have taken the following forms:

The premonitory stirrings of trans politics can often be traced to the second Iraq War. The 9/11 attacks may have found you, initially, on the side of the need to intervene in Afghanistan and even Iraq. Limited expeditions to teach terrorists or terror states a sharp lesson and to deter further attacks seemed logical and just.

What you didn’t consider plausible, though, was a delusional programme of democratic ‘nation building’ that assumed tribal societies, very different from your own, could be transformed through armed social work into secular, liberal states. These ‘forever wars’ merely destabilised regions, inflicted unnecessary suffering on the host society, and wasted both human and material resources whilst eroding the West’s international moral standing and soft power.

Perhaps some of those anti-war marchers back in 2003 were more perceptive than you once thought. Maybe they were onto something about how only commercial interests benefitted from such a reckless policy. You find yourself increasingly sceptical concerning mainstream media and political injunctions to intervene in internecine conflicts everywhere from Libya, the Yemen, Iraq, Syria, and now Ukraine.

Nothing good seems to come from any intervention by the so-called international community. One thing is for sure, you don’t feel more secure, at either home or abroad. Nor is your quality of life enhanced in any way by the increased migration flows of displaced people from conflict zones. Only your taxes and the price of petrol go up.

You wonder if there is a ‘liberal’ world order at all? Or is it not just a mask for cynical and essentially American interests?

You once thought that a deregulated economic environment was an unmitigated good. Economies must be free to evolve, and change is not necessarily a bad thing. A competitive economy is usually an efficient and productive one.

What you didn’t bargain for, however, was the wholesale globalisation of finance and business that de-industrialised and de-skilled large parts of the country. The offshoring of once reliable manufacturing jobs to countries offering cheap labour was not an unalloyed benefit. Increasingly it appears globalisation and millennial capitalism laid waste to viable industrial towns, transforming once proud working-class communities from Merthyr to Middlesbrough into industrial wastelands. Here a white British hillbilly precariat finds traditional jobs in manufacturing replaced by a gig economy founded on depressed wages, poverty, and opioid addiction.

You begin to worry about social cohesion: the burgeoning gap between rich and poor as well as the increasingly squeezed middle; the excessive concentration of wealth in a few select financial centres, such as the City of London and Canary Wharf, at the expense of everyone else.

You brood about the loss of community and social solidarity. You become nostalgic for the lost values once embodied by organised labour or in mining and manufacturing communities. Suddenly, not everything about the 1970s seems so bad.

You favour personal liberties, civil rights, and freedom for people to express themselves in whatever medium. In fact, that’s what you once marched for. You endorsed principles of free speech that allowed you to critique positions you disagreed with, especially those that restricted your lifestyle choices.

What you didn’t anticipate was that some of your radical confrères would never be satisfied with the attainment of the principles of equality of opportunity for everyone, and that your once libertarian politics would now be used to divide society along racial and ethnic lines. More cynically, you find that those progressives you once marched with, who found free speech useful to promote their views, now occupy the commanding heights of cultural power themselves. And they are not quite so keen on letting others express dissent from their fashionably woke orthodoxies.

You begin to suspect that the progressive mind is not quite as open as you once assumed and that cultural conservatives may have a point. In fact, you realise that it’s conservatives who are prepared to defend your right to express your opinions rather than your woke comrades, who seem more interested in cancelling you entirely. Indeed, as a left-wing feminist, like Julie Bindel or Suzanne Moore, you find that the Daily Mail and Daily Telegraph are more willing to offer you a platform than the Guardian.

You are a long-time left leaning social democrat, who has always voted Labour. You support the betterment of the education, health and welfare of the working class, yet were dismayed by the response of the mainstream left to the Covid-19 pandemic. The Labour leadership, both in parliament and in its control of the Welsh Assembly, replaced any residual commitment to civil liberty with support and encouragement for a health despotism, encouraging more and harder lockdowns, the economic burden of which fell disproportionately on poorer people.

You observed that the only politicians and commentators prepared to question the disproportionate, anti-science Covid hysteria, were libertarian or sceptic conservatives, who seemed to care more about ideas once cherished by the left, like workers’ rights, children’s education, equal treatment, and civil liberties, than your increasingly soft totalitarian friends on the left.

An evolving trans politics, then, rests on a regard for those across the political divide based on mutual respect for the integrity of their views and subsequent recognition of, and tentative agreement on, the standpoint that they each adopt. These might be summarised as follows:

The emergence of trans politics is uncomfortable for those glued to a traditional binary of left and right. In fact, the crossover or unifying elements of left/right politics, especially its coalescence over certain forms of shared consciousness and cross political solidarity, alarms the elites in politics, business and the media who balk at such apostasy and the dangerous challenge to their power and ideological grip.

This means that if you come out as trans political, you can expect to experience the full-spectrum of transphobia. Victimisation and denunciation are the norm for those like J.K. Rowling, Kathleen Stock or Peter Boghossian. For those on the left, ideological deviation will be punished with denunciatory epithets that will deliberately seek to misidentify you as, ‘far right’, or ‘alt right’. Over time, this stretches into lazy ad hominem attacks that see any trans-political deviant labeled as a fascist.

Transphobia is merely a symptom of the threat that the trans-political movement poses to existing sources of power and privilege. Keeping people divided along traditional political lines is a means of consolidating power and resources in the hands of increasingly woke elites. If you are truly radical, you will reject political conformity and come out as trans.

David Martin Jones and M.L.R. Smith are openly trans political university professors. They are founders of Moanwall, dedicated to raising awareness of the discrimination and systemic oppression faced by the trans political community in modern society.