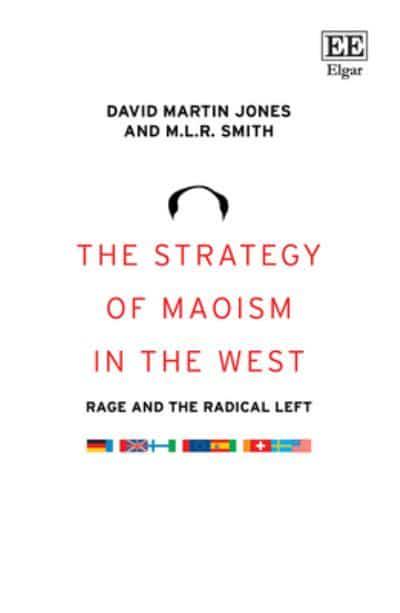 The Strategy of Maoism in the West by David Martin Jones and M.L.R. Smith

In their latest book, David Martin Jones and M.L.R. Smith explore the enduring legacy of China’s Cultural Revolution. They argue that a western intellectual elite gave birth to a distinct interpretation of Maoism which lives on in the strategies employed by today’s woke activists. Joanna Williams welcomes this alarming but insightful critique. 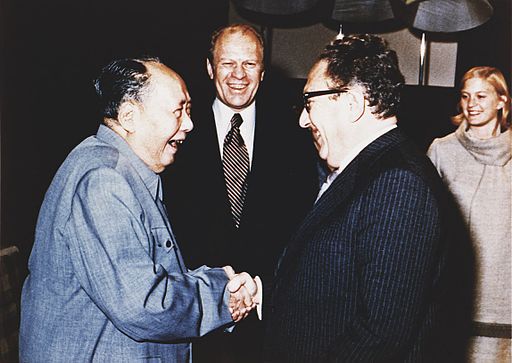 According to the influential charity Stonewall, children as young as two recognise their trans identity. ‘LGBTQ-inclusive and affirming education is crucial for the wellbeing of all young people!’ a spokesperson tweeted. School children are taught that they are ‘privileged by virtue of being white’. Before new students at St Andrews University attend lectures, they must sit a test – not of their subject knowledge, but of their attitudes and values. Students must confirm they agree with statements such as, ‘Acknowledging your personal guilt is a useful starting point in overcoming unconscious bias.’ Disagreement is incorrect: it scores zero. The test must be taken again until students demonstrate the correct way of thinking.

From nursery through to university, education is becoming re-education or indoctrination. Its purpose is to socialise children away from the values of their home environment and into a supposedly better, expert-approved way of thinking. When lessons fail to achieve ideological alignment then peer pressure and social shaming are called upon, with coercive state powers employed as a final means of redress. As David Martin Jones and M.L.R. Smith explore in their latest book, The Strategy of Maoism in the West, such practices would be recognisable to all who lived through Mao’s Cultural Revolution.

Jones and Smith trace the ‘neglected genealogy of the Cultural Revolution’ that today, they argue, ‘propels the radical social justice movement, fuels the eagerness of state funded universities to ‘decolonise’ the curriculum, and animates transnational non-governmental organisations to promote deindustrialisation to save the planet’. They briefly take us through what happened in China from the 1950s through to the mid-1970s and show how the Maoist inspired student Red Guards targeted the ‘Four Olds’ – old ideas, old culture, old customs and old habits – that were thought to have corrupted and undermined the Chinese revolutionary project.

But the value of this book lies not in its account of China’s past but in its tracing of the myriad ways in which the ideas and practices associated with the Cultural Revolution continue to shape western society today. The question driving Jones and Smith is why a twentieth-century Chinese revolutionary ideology became so ‘spectacularly successful in the West’. In answer, they explore ‘the channels of ideological influence by which the Maoist ‘long march through the institutions’ spread through the West’s cultural apparatus, manifesting itself today in critical race theory, cancel culture, iconoclasm and curriculum decolonisation.’

The fashion for Mao

In 1972, Hollywood film star Shirley MacLaine visited China to marvel at the triumph of the cultural revolution. She spoke of her admiration for Mao’s reforms and his determination to re-educate the human character. MacLaine was not unusual: Mao was fashionable among the intellectual and cultural elite. France had been celebrating all things Chinese since 1967. Maoism became the ideology of liberation most associated with the student protest movements and emerging youth culture of the late 1960s. To understand why, Jones and Smith remind us we need to look far more closely at what was happening in the west than in China itself.

The counter-cultural fascination with Mao took off at a time when discontent with the success of capitalism was beginning to take hold within the capitalist class itself. The younger generation picked up on this sense of frustration and while they may have had only a limited impact on domestic politics at the time, protesters found western liberal journalists to be ‘ready conduits for their revolutionary and emacipatory message’. In other words, outside of China the message of Mao’s Cultural Revolution was met by a receptive cultural elite already disillusioned with the west and increasingly open to seemingly radical alternatives.

Mao’s Cultural Revolution inspired left-wing intellectuals and activists around the world. Jean Paul Sartre and Simone de Beauvoir, then leading lights in the French Communist Party, undertook sponsored trips to China. ‘Che Guevara, as well as a variety of African, South East Asian and South American revolutionaries, went to China in the 1950s and 1960s. Shining Path, the Black Panthers, the Baader Meinhof gang, and more recently Islamic State, all drew upon Maoist understandings in their conduct of guerilla insurgency, believing that clarifying acts of violence were central to the management of their long war strategies.’

But, as Jones and Smith point out, it was Mao’s cultural approach to revolution that coincided with the anti-capitalist outlook of a generation and found particular resonance in the west. Herbet Marcuse took from Mao the notion that ‘practical revolutionary hope lay not in the stupefied western proletariat but in the ‘substratum of the outcasts and outsiders, the exploited and persecuted of other races and other colours, the unemployed and the unemployable.’’ French thinkers such as Alain Badiou, Gilles Deleuze and Jean Baudrillard decreed that knowledge was a form of power and found in Maoism ‘the means to deconstruct prevailing power relations and allow the otherwise silenced ‘subaltern’ voice to speak.’ By 1968, even Foucault acknowledged that he was ‘very much inspired by what was happening in China.’

Yet, the more western intellectuals expressed their indebtedness to Mao, the further their ideas drifted from the reality of what was actually happening in China. As Jones and Smith point out, what became important to this elite group was ‘the China in our heads’. This reinvention and reinterpretation of Maoism for western consumption was helped by the fact that Mao himself offered ‘no unified statement of his political and military thought and shifted position continuously.’

The China in our heads

As Jones and Smith emphasise, by the time Maoist-inspired activists and intellectuals shifted focus from violent struggle to a ‘long march through the institutions’, Maoism as an idea was no longer premised upon a Chinese style of political thought and practice. Indeed, ‘activists did not necessarily require any direct knowledge of Mao Zedong as a historical figure to think or behave like a Maoist. It was enough for them to see themselves as progressive anti-imperialists, or emancipatory social justice or human rights warriors.’

The left’s evolving fantasy of Maoism coincided with – and indeed helped justify – a rejection of revolutionary political struggle in favour of a retreat into the bureaucratic structures of institutions, particularly universities. As Jones and Smith point out, this permitted academics and journalists to ‘indulge their cultural commissar fantasies better than the more conventional Marxism of the PCF, which still viewed culture as a mere derivative of the infrastructural material base.’ Marcuse was explicit in promoting a strategy of working against the very institutions activists were embedded within. His success is evidenced in, ‘an expanding tertiary education sector, which increasingly promoted the idea that to be ‘educated’ was, in the Maoist idiom, to be critical of one’s own society and of western traditions generally.’

Today, the legacy of Maoism is found less in ideology and more in practice – or, as Jones and Smith put it, in strategy. They explore how the practices associated with the Cultural Revolution gave ‘a new impetus and credence to the micropolitics of everyday life. Sexuality, migration, minorities, imprisonment and drugs became new sites of resistance that exposed the contradictions in a seemingly liberal capitalist order.’ Crucially, they argue, it was ‘progressive interest in social justice, critical theory and Maoist consciousness raising, at what was deemed in 1989 to be ‘the end of history’, that established the ideological foundations for a ‘woke’ assault upon the western democratic self-understanding in the twenty-first century.’

Although initially adopted by an intellectual elite, Mao’s legacy in the west is decidedly anti-intellectual. It is emotion, and rage in particular, that characterises today’s protest movements. Jones and Smith note, ‘The passionate fervour that informs contemporary anti-racist rhetoric, and that of environmental groups such as Extinction Rebellion, and the LGBTQI+ movements that share its goals and feed off its righteous indignation, constitutes a calculated iconoclastic assault on the West’s history and culture.’

A strategy of the mind

But it is Mao’s concept of mind that ‘constitutes his most enduring strategic legacy in the West.’ Some 50 years ago, Shirley MacLaine wrote of how she was impressed with Mao’s capacity to rewire the human mind: ‘I was seeing that it was possible somehow to reform human beings and they were being educated towards a loving communal spirit through a kind of totalitarian benevolence.’

This desire to shape the minds of individuals towards the one revolutionary end persists today. The practice of ‘brain remoulding’ was translated as ‘raising the level of consciousness’ for western audiences. As Jones and Smith note, ‘The Maoist concept of the idealized mind is reconstituted, less as an entirely blank slate, but rather as one that must be stripped of accumulated cultural blinkers, and manipulated towards collective goals that will ultimately transform social natures.’

Consciousness raising took off with second wave feminism in 1960s America but its foregrounding of emotional responses and drive to erode the privacy of the individual’s interior realm continue within today’s activist movements: ‘politicizing the private realm is precisely what Maoist strategic conduct aspires to.’ In this context, ‘awareness raising’ is a limitless and potentially lucrative activity.

Jones and Smith critique the ‘permeation of the Maoist concept of thought control into western discourse’. They argue that the growing prevalence of mandatory political re-education on university campuses and in the workplace through sensitivity training, diversity training, unconscious bias training and myriad awareness raising initiatives robs people of the right to decide what to think for themselves. A rapidly evolving language that updates words and phrases in line with a politically correct outlook combined with a social pressure to conform submerges ‘individuality in official group identity and intrudes upon private conscience.’

When ‘brain remoulding’ fails, activists have recourse to other Mao-inspired strategies. One is to divide society into friends and enemies: those who are onside, who have submitted, who conform; and those who must be overcome. As Jones and Smith explain, ‘progressive activism seeks to break apart the multiracial compact of the liberal state precisely by segregating people into competing identity groups.’ Once enemies have been identified, ritualistic, public apologies can be extracted.

Jones and Smith argue that Maoist-inspired activism will never declare victory because it has no end beyond continual strife. Right now, social media mobbing, job losses and police visits await those who refuse to submit to the demands of a woke cultural elite. But Jones and Smith fear that, ‘without a willingness to defend liberal democratic practices and institutions, the likelihood is social breakdown, and an appeal to new forms of authority and order.’ A yearning for security and order, not permanent revolution, they suggest, is the default position of most people.

In order to defend liberal democratic practices and institutions, and avoid social breakdown, it is vital we understand how we have arrived at the point at which we find ourselves today. The Strategy of Maoism in the West by David Martin Jones and M.L.R. Smith is a vital contribution to this project. It is an invaluable text for all who want to understand how the legacy of China’s most enduring export reverberates among the beliefs and practices of today’s woke elite. This powerful critique represents a significant challenge to the cultural dominance of woke thinking.

Joanna Williams is the Director of Cieo. Her latest book, How Woke Won, can be purchased here.

David Martin Jones and M.L.R. Smith are editors at Cieo. The Strategy of Maoism in the West can be purchased here.