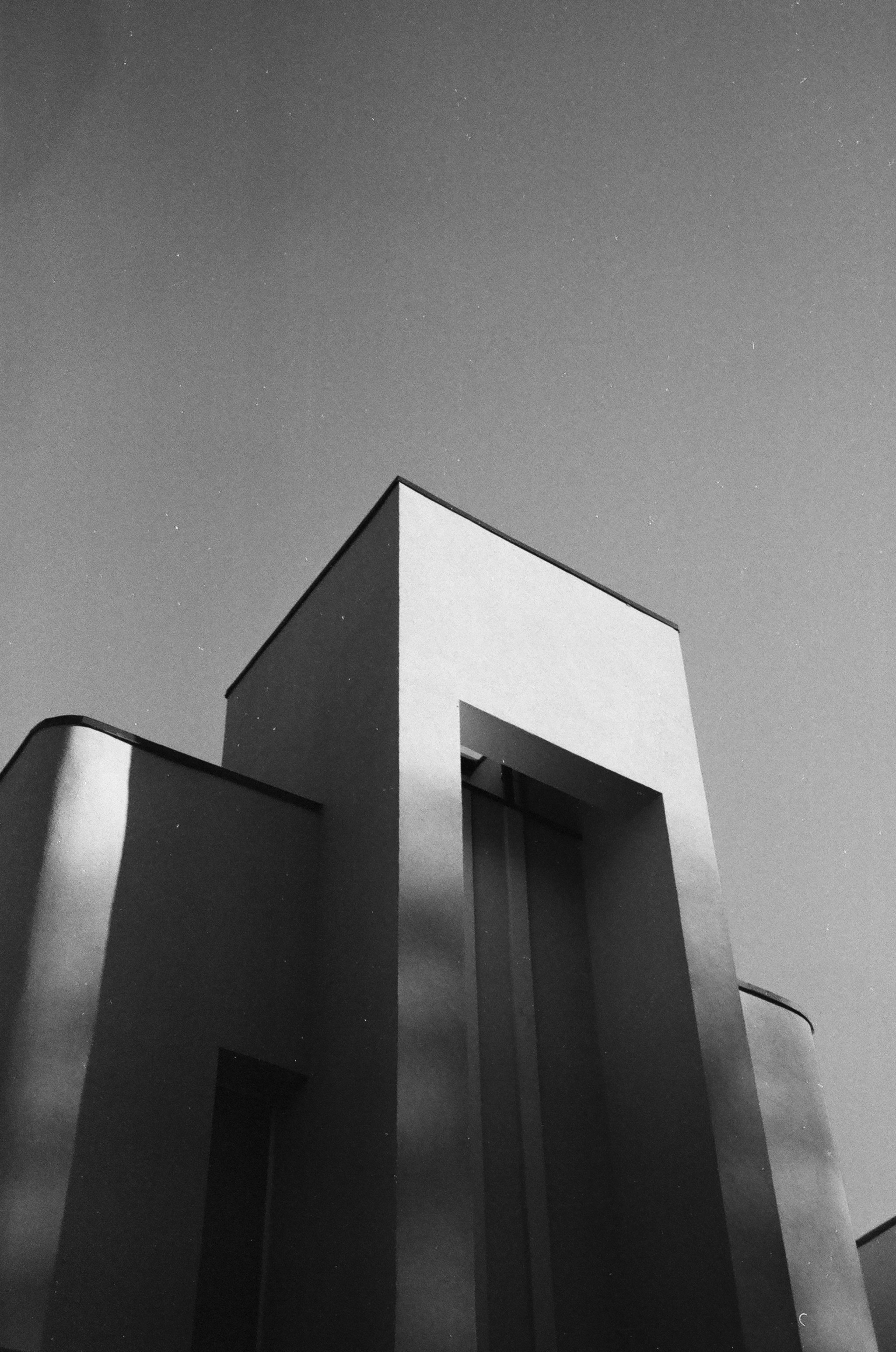 Ninety years have passed since the publication of Aldous Huxley’s Brave New World. Bruce Oliver Newsome argues that, in that time, Marxism (the novel’s initial target) failed in government, only to be reinvented as social justice, making Brave New World more salient in 2022 than in 1932.

The conventional “dystopian” novel features one utopian society and one dystopian; rebels fight to turn one into the other. However, in Brave New World, readers are introduced to two dystopian societies, each with unique advantages and disadvantages. They are imperfectly competitive.

A ‘World State’ contains ‘Savage Reservations’ within 60,000-volt electric fences and helicopter-delivered ‘gas bombs.’  The ‘savages’ are dirty, poor, stinky, malnourished or fat, aging, and decrepit. The ‘civilized’, meanwhile, are clean, healthy, and youthful (until 60 years of age, when blood transfusions and supplements stop working, and they quickly regress to infantilism and die). The World State has eliminated most ‘infectious diseases’, while the savages are disfigured with skin infections.

The civilized are dependent on machines and edicts, while the savages are self-reliant. A civilized woman stuck in a reservation cannot mend her clothes (‘mending is anti-social,’ goes an official proverb). She is a neglectful and abusive mother. She exchanges sex for intoxicants, and expires conversing with the memory of a sexual partner instead of the son who holds her hand.

Despite the physical differences, the two societies are politically and socially alike. Both are hierarchical: the savages have elders; the World State appoints regional ‘Controllers.’ Both societies have ‘castes,’ except that the World State bioengineers its own. Lower caste embryos are deprived of oxygen and nutrients. Children are subliminally taught ‘Elementary Class Consciousness’ – to admire the caste above and to despise the caste below.

Both societies emphasize collectivism. In the Savage Reservation, a young man volunteers to be whipped to death for a good harvest. One of the World State’s officials dismisses the value of ‘an individual’ while indicating a production line of embryos: ‘We can make a new one with the greatest ease – as many as you like. Unorthodoxy threatens more than the life of a mere individual; it strikes at society itself.’

The World State prescribes to sleeping children at least 250,000 subliminal warnings against ‘solitude.’ It encourages vapidity (‘When the individual feels, the community reels,’ goes an official proverb). It encourages instant gratification (maintain ‘a proper standard of infantile decorum,’ a boss tells his underling). All residents are prescribed a mood-lifting stimulant (‘soma’) and a monthly ‘Violent Passion Surrogate’ (adrenalin).

Both societies are religious. The savages mix Christianity with polytheism and superstitions. The World State has adapted Christianity to promote consumerism and homogeneity. It dates civilization from the first Ford Model T car (‘the time of Our Ford’), and has replaced the sign of the cross with the sign of the ‘T.’ Residents use ‘Ford’ in place of God, as in the exclamations ‘Thank Ford!’ and ‘Ford, how I hate them!’ The regime organizes mass ‘Community Sings,’ and requires each individual to join a weekly ‘Solidarity Service’ with 11 friends. Buoyed by soma, the dozen follow a standard ritual, including ‘Solidarity Hymns,’ which promise life after death and the coming of ‘the Greater Being.’

Both societies are promiscuous. The savage males, at least, are adulterous, although females lead the punishments. The World State encourages children into sexual play, and adults into casual sex. ‘Everyone belongs to everyone else,’ goes an official proverb. The World State ridicules romance, monogamy, and parenting. A propagandist breaks into laughter at the idea of Romeo and Juliet loving each other to the exclusion of other potential mates – and the idea that parents would care either way: ‘No wonder those pre-moderns were mad and wicked and miserable.’ Another character opines: ‘What suffocating intimacies, what dangerous, insane, obscene relationships between the members of the family group!’

High-caste members attract the most mates, although they are not free of pride, jealousy, and disappointment. For instance, Lenina marvels at ‘her power’ when a man stutters in response to her public solicitation, although she despairs when the handsome savage rejects her. 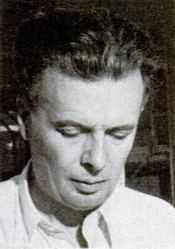 Friendships are superficial. This is clearest when the handsome savage refuses to appear at a party, and the host’s friends abandon him. The host (Bernard) eventually admits ‘the truth of all that the Savage now said about the worthlessness of friends who could be turned upon so slight a provocation into persecuting enemies.’

Bernard represents the shorter, weaker, less attractive end of the ‘Alpha’ caste. He is relatively unaffected by soma and hypnotic rituals. Returning from a dirty weekend with Lenina, he stops his helicopter over the English Channel to attempt a meaningful discussion: ‘[I want to feel] as though I were more me, if you see what I mean. More on my own, not so completely a part of something else. Not just a cell in the social body.’ He goes on to lament the readiness with which they had sex. We are ‘infants where feeling and desire are concerned,’ he says. ‘[I]t might be possible to be an adult all the time.’

An experienced consumer of the genre would expect such dissonance to kick off a fight for utopia. Alas, Bernard is too insecure, boastful, self-interested, and cowardly. The dissonant are banished to the Falkland Islands and Iceland. As the Controller for Western Europe explains, the banished are, ironically,

the most interesting set of men and women to be found anywhere in the world. All the people who, for one reason or another, have got too self-consciously individual to fit into community-life. All the people who aren’t satisfied with orthodoxy, who’ve got independent ideas of their own.

The savage finds internal exile at an abandoned lighthouse, where he plans to hunt and grow his own food:

After those weeks of idleness in London, with nothing to do, whenever he wanted anything, but to press a switch or turn a handle, it was pure delight to be doing something that demanded skill and patience.

An experienced consumer of the genre would expect this return to nature to kick off broader separatism. Alas, his idyll is ruined by tourists. The tourist who approaches closest is Lenina, but he beats her to death – out of rage, sexual frustration, and sadomasochism, then hangs himself.

Yet the surest political label to apply is classical liberal. The novel uses only one political philosophical term, within a statement by an anonymous official in London, who recalls ‘liberalism’ as repellent. He observes in surviving Parliamentary records: ‘Speeches about liberty of the subject. Liberty to be inefficient and miserable. Freedom to be a round peg in a square hole.’

In the foreword to the second edition, Huxley self-identifies as a classical liberal: ‘Only a large-scale popular movement towards decentralization and self-help can arrest the present tendency toward statism.’ Further, he identifies as a conservative:

Huxley’s conservatism was social. The most memorable target of Brave New World is sexual libertinism. In 1958, Huxley explained current libertinism as over-compensation.

As political and economic freedom diminishes, sexual freedom tends compensatingly to increase…, to reconcile his subjects to the servitude which is their fate.

From classical liberalism and social conservatism, Huxley’s politics became exotic. In 1946, he admitted that he would have liked to rewrite the novel with an additional, ideal form of community:

In this community economics would be decentralist and Henry-Georgian [collective ownership of land, private ownership of products], politics Kropotkinesque [voluntary self-governing communes] and cooperative.

In 1958, Huxley explained that he wanted to,

Otherwise, given over-population and ‘over-organization’, democracy would become ‘almost meaningless’.

Huxley advocated communes but not communism. The World State is a neo-Soviet dystopia. The ‘Russians’ were belligerents in the preceding ‘Nine Years War.’ One of the few writers whose works were saved by the new regime is the real-life pro-Soviet Irish-British playwright George Bernard Shaw. Few names are allowed in the new society, of which those used in the book include Marx, Engels, Trotsky, and Lenina. Other names (Bonaparte; Benito) suggest that the World State absorbed other forms of socialism.

So how did Brave New World come to be mischaracterized as anti-capitalist? It does target consumerism, but it satirizes centrally-controlled consumerism – not free-market consumerism. The World State’s Controllers ridicule monogamy and child-rearing for interfering with industrial production and consumption. They marvel at ‘the [past] folly of allowing people to play elaborate games which do nothing whatever to increase consumption,’ and re-invent games with unnecessary machinery.

While Brave New World clearly stands against the socialism of its own time, it is most salient today in its prediction of a woke elite. The founders of the World State had demolished ‘historical monuments’ and banned books. The Controller for Western Europe later explains that anything ‘old,’ particularly if ‘beautiful,’ is banned, so that ordinary people ‘like’ only ‘new’ things. The Controller goes on to explain that both arts and science are ‘potentially subversive’ because they offer ‘change.’

Brave New World predicted that television and radio would become constant distractions for the masses, and tools for influencers. The World State manipulates information and language in ways that would inspire the ‘newspeak,’ ‘doublethink,’ and ‘thoughtcrimes’ of George Orwell’s Nineteen Eighty-Four. Huxley’s ‘Propaganda House’ would become Orwell’s ‘Ministry of Truth.’

In 1958, Huxley warned that people who spend their time ‘in the irrelevant other worlds of sport and soap opera, of mythology and metaphysical fantasy, will find it hard to resist the encroachments of those who would manipulate and control it.’ Political candidates would become ‘glamorous… entertainer[s].’  Their speeches would not run more than five minutes or demand ‘prolonged intellectual effort.’ 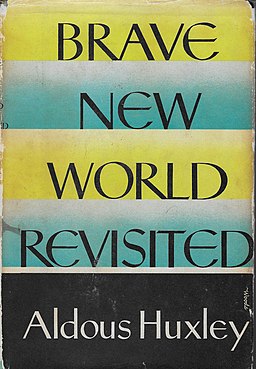 Huxley added that ‘mass communications,’ ‘mass production’ and ‘mass distribution,’ would empower an effective oligarchy within a nominal democracy:

[T]he rulers of tomorrow’s over-populated and over-organized world will try to impose social and cultural uniformity upon adults and their children… [They will] pervert the resources of language in order to wheedle or stampede their victims into thinking, feeling, and acting as they, the mind-manipulators, want them to think, feel, and act.

Huxley was refining his politics decades after he wrote the novel. This helps to explain why he left few prescriptions. The novel ends with the main characters dead or banished, while the World State continues unaffected. Huxley’s foreword to the 1946 edition complains about trends, but offers no solutions. His non-fiction book of 1958 routinely asks rhetorical questions, but answers few.

The final book’s theories are mostly sociological and pessimistic. For instance, it asserts that ‘[o]ver-population leads to economic insecurity and social unrest. Unrest and insecurity lead to more control by central governments and an increase of their power.’ Further, it foresees that improved healthcare and nutrition would, by keeping a larger proportion of humans alive, lower our average health and intelligence. It infers that democracies would exacerbate this effect, to their own demise.

Nevertheless, the book contains one passing prescription. Huxley did not want people to be so ‘rational’ as to reject ‘the well-meaning guardians of tradition.’ The ‘happy mean’ is ‘the enunciation of a set of generally acceptable values based upon a solid foundation of facts.’ It prescribes ‘an education first of all in facts and in values – the facts of individual diversity and genetic uniqueness and the values of freedom, tolerance, and mutual charity which are the ethical corollaries of these facts.’ It also prescribes training in ‘propaganda analysis to preserve them [people] from an uncritical belief in sheer nonsense.’

Bruce Oliver Newsome, Ph.D., is Assistant Professor of Political Science at the University of Texas, Permian Basin. He is also the author of the anti-woke satire “The Dark Side of Sunshine” (Perseublishing, 2020).

To help us publish more essays like this, please donate to Cieo.