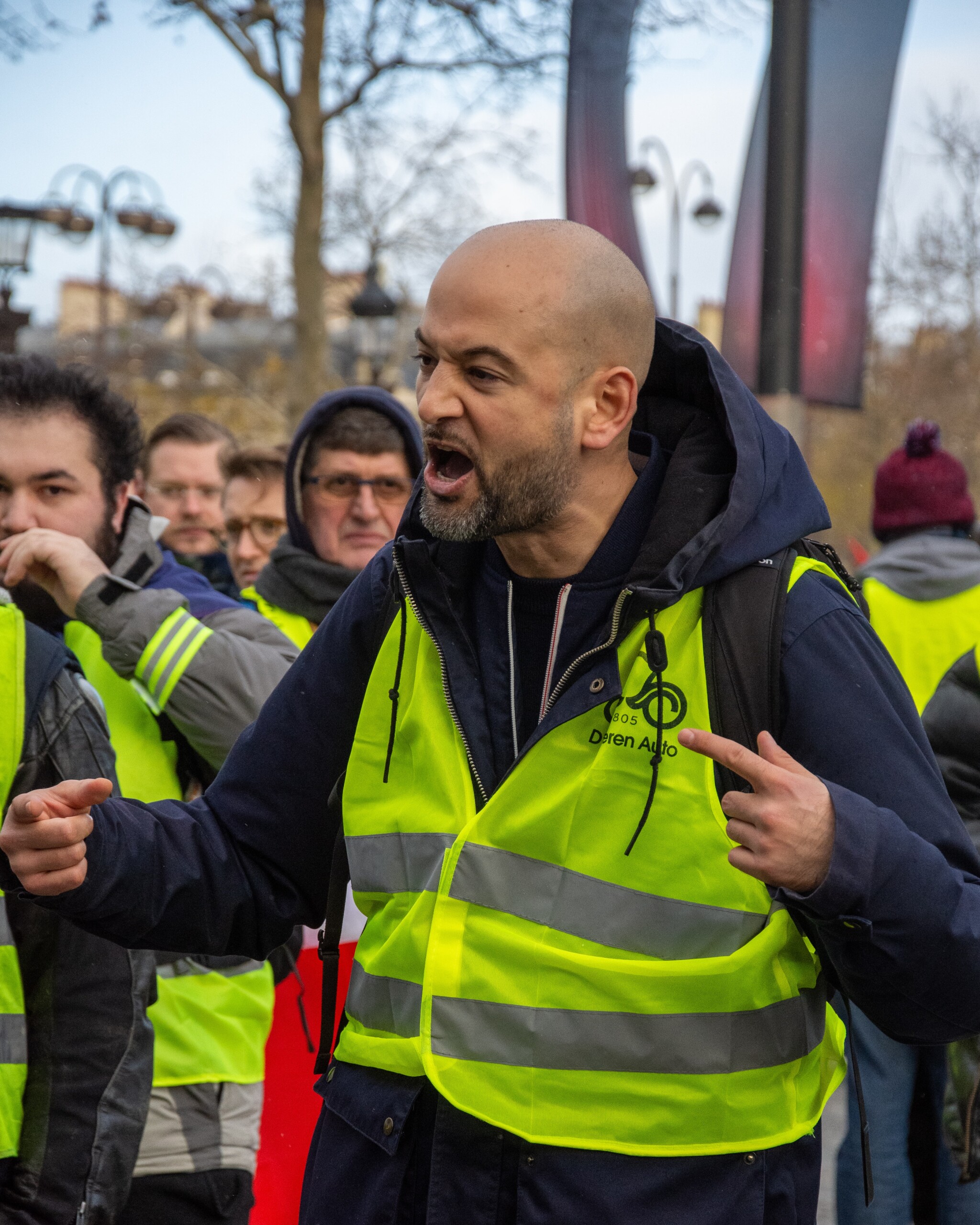 The Revenge of Politics

The progressive worldview of the transnational class has left the West divided and exhausted. 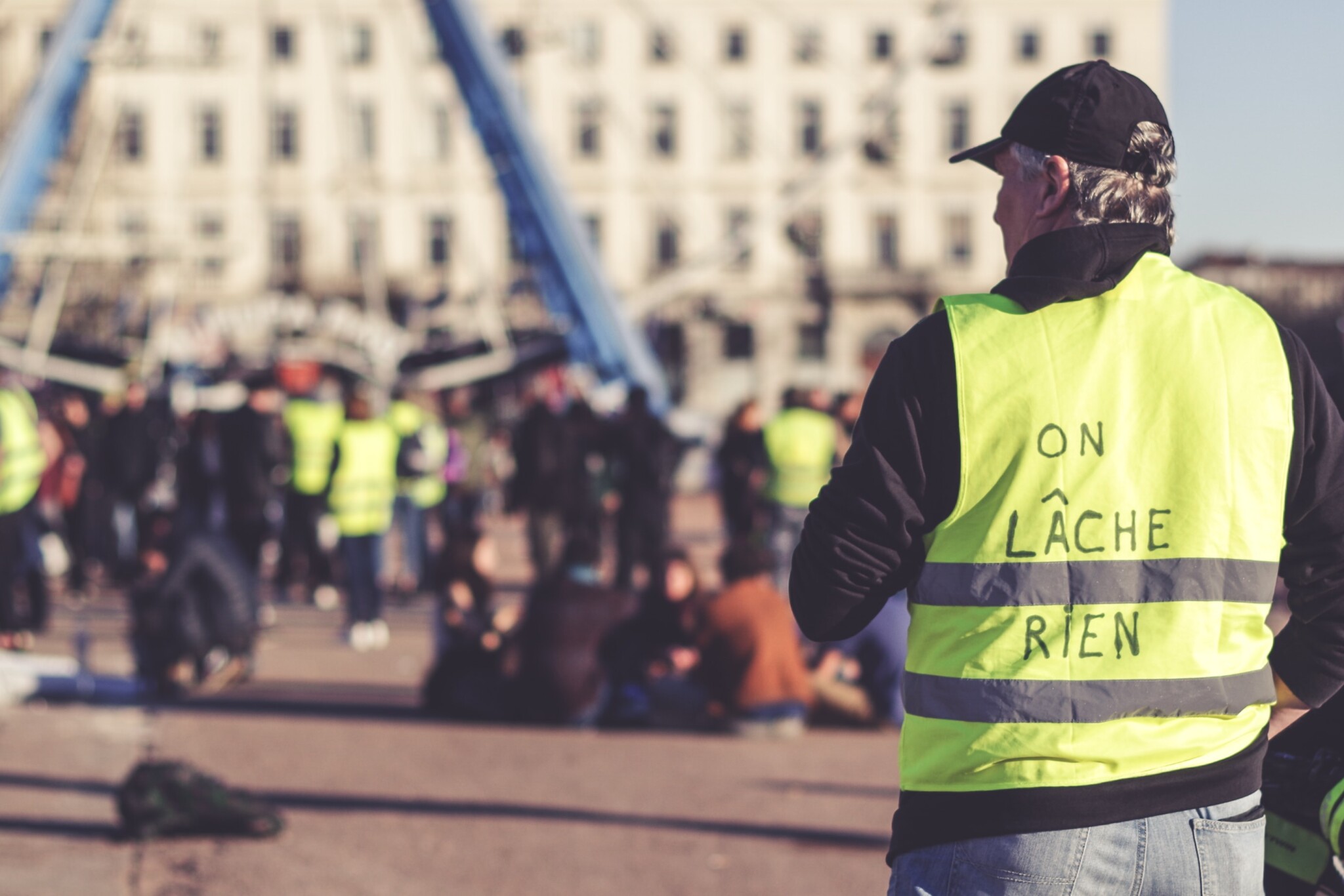 In the first part of this essay we looked at how the financial crisis created the economic conditions for an increasingly illiberal form of politics. Here, we discuss the populist reaction to transnational progressivism after 2016 and the political challenges Western democracy now confronts.

In Greece, the UK, across Western Europe, and in the US, an unanticipated and inchoate popular reaction to the financial crisis questioned the progressive assumptions that had informed the end-of-history project. To the astonishment of the transnational elites in politics, academia, finance, and the mainstream media, the second decade of the twenty-first century witnessed a resurgence of nationalism and populism on both the left and right of the political spectrum and on both sides of the Atlantic.

The financial crisis of 2008 and the decade of bank bailouts and austerity that followed, created a mounting sense of unease about the governance of Western Europe and the United States. It fed a loss of confidence in established political parties. In 2016, the Brexit referendum, the election of Donald Trump to the US presidency, and the rise of nativist and radical socialist political movements everywhere, announced a wave of angry populism crashing on the rapidly eroding shore of Western progressive orthodoxy. Trump and Brexit signalled a revolt of the masses against a progressive antipathy to borders. The pandemic lockdowns of 2020 further reinforced a growing predilection for national solidarity.

Across Europe, parties have either emerged from nowhere or chased electability from the political fringes. Populism finds the new social media particularly congenial for transmitting its message, bypassing established party systems that acted as filters to limit their appeal. Social media enabled the electoral success of previously fringe movements, such as Syriza in Greece or the Five Star Movement in Italy, as well as the hijacking of mainstream parties. Donald Trump secured the Republican nomination for the 2016 US presidential election against the wishes of the party establishment, whilst Jeremy Corbyn’s Labour Party leadership victory in 2015 lit a bonfire under Tony Blair’s progressive third way vanities.

The revolt of the masses and the decline of the West

Since 2020, Brexit, the election of Donald Trump, the ‘gilet jaune’ protesters in France, and the growing protests against lockdown restrictions, have all exposed a divide between two ‘value blocs’ across the modern West. As J. D. Vance explained, Silicon Valley represents,

a dystopian view of what middle America sees in the future. Two fundamental subsets of the population …completely separated by culture and wealth … (who) don’t really interact with each other or feel any kinship.

David Goodhart termed these subsets ‘anywhere’ and ‘somewhere’. Meanwhile, in France, a Parisian, urban, bobo elite dominates media, business, and finance and inhabits a different world from those who live in ‘lower France’ on the périphérie.

The economic and cultural gulf between these worlds and worldviews accounts for the rise of Western populism. Vance considers himself a rare ‘cultural migrant’ who discovers that ‘the wealthy and powerful are not just wealthy and powerful, they follow a different set of norms’. (1) These norms are the antithesis of the hillbilly, redneck culture of the Midwest, lower France, or Northern England. Vance’s memoir captures a white, working-class culture disintegrating, as manufacturing jobs that once supported stable family life disappear overseas. Meanwhile in France the gilets jaunes, like their hillbilly equivalents, watch powerless, ‘as the implacable law of global markets asserts its authority everywhere’. (2) Within a few decades France became ‘an American society … inegalitarian and multicultural, … polarised and seething with tension’. (2)

The road to nowhere

Goodhart estimates that, in the UK, metropolitan elites represent 20–25 per cent of the population, while the periphery constitutes more than half the population. By wealth and education they correspond to a similar divide across the US and Western Europe. The peripherals are socially conservative, political ‘outsiders’, uncomfortable with mass immigration, and ‘an achievement society in which they struggle to achieve’. (3) Forty years ago, their values prevailed across the West. Brexit in the UK, Trump in the US, the Liga di Nord in Italy, Eric Zemmour in France, and the AfD in Germany represent an instinctive response to the failure of the progressive agenda.

By contrast, the progressive worldview of the transnational class is pro-globalization but ‘combined with state enforcement of greater racial and gender equality’. (3) Its worldview places a high value on mobility and novelty, and a much lower value on national social contracts, tradition or group identity, always excepting abstract minorities. (3) It is comfortable with mass migration, European integration, and universal human rights, all of which dilute national citizenship. Although meritocracy is the official creed, this new, and increasingly non-domiciled class are ‘almost always born into the wealthy or professional classes’. (3) Education at elite universities and inter-marriage reinforce their shared values. Before Brexit and Trump, their viewpoint prevailed in the media and set the agenda of mainstream political parties across the West.

In the nineteenth century, Karl Marx assumed the affluent bourgeoisie would be more nationalist than the proletariat because they formed the ‘executive committee’ of the modern state. Marx was wrong. The global economy transformed the nineteenth century haute bourgeoisie into an intangible Internationale. This transnational class now ‘have more in common with each other—regardless of their respective national, racial, or religious identities—than they have with everybody else’. (4) The universal values of social justice and minority entitlements that the new oligarchy embrace provide an ideological alternative to national identity. The abstract equality of all is taken to mean that partiality for fellow nationals is racist.

In Europe, the political class’s minority and migration fixation made three interlinked assumptions. Firstly, that mass migration was an economic boon rather than a cost to overstretched European welfare states. Secondly, that an ageing European population needed replacement by culturally very different people. And thirdly, that this new population would integrate and contribute much-needed diversity to stale and pale Europe in urgent need of rejuvenation.

The baleful consequences of this agenda are all too evident. Britain in the mid-1990s was a multi-racial society with a settled minority migrant population of around 4 million or 7 per cent. (3) By 2016, 18 percent of the UK’s working age population was born overseas and Britain’s official immigrant population had tripled. This was not inevitable but official EU and mainstream political party dogma.

The primary losers from mass migration are poorer people in rich countries. Thus, in the working-class towns of North East England, young white males aged between eighteen and twenty-four, without education or training, enter a twilight world of low-status jobs. Significantly, the North East, like once industrial South Wales, voted Brexit in 2016. Similar constituencies in the USA, Germany, Italy, Spain and France support, inter alia Trump, the AfD, the Liga di Nord, Vox and the Front National.

By contrast, London, which dominates the UK economy, has evolved into an economically global, ethnically polarized, megalopolis where a largely migrant, menial class services a free-spending, transnational oligarchy. Across Europe the move to ever closer union and the free movement of labour erected a social gulf between bobo cosmopolites in London or Paris and the peripheral precariat that mainstream political parties ignored. Even after the disastrous failure to manage the 2015 refugee crisis, European Commission President Jean-Claude Juncker insounciantly maintained ‘that borders are the worst invention ever made by politicians’. (4)

The failure of the progressive project

Thomas Hobbes, observing the internecine strife of the English Civil War in 1650, argued that a social contract establishing an abstract, sovereign state, must afford its members peace and protection, otherwise ‘solitary, poor, nasty (and) brutish’ conditions wil prevail. Hobbes would have foreseen Europe’s open borders incubating well-meaning doom. The failure of the progressive project between 2010 and 2019, and the lockdowns of 2020, saw former nation states across Europe scrabbling to reclaim their borders, undermining one of the four ‘essential’ freedoms on which the project precariously rested.

Liberal democratic trading states, led by the US, built the international architecture that governed globalization: the UN, the IMF and the World Trade Organization. However, the unintended consequence of the huge increase in cross-border capital flows from the early 1980s rendered these institutions increasingly impotent. This shift, together with the financial crisis it generated and the intangible economy it facilitated, undermined the democratic legitimacy of globalization as well as its claims to advance shared universal norms. In the US it has fomented deepening divisions on ethnic and class lines that threaten its constitutional foundations. Meanwhile, the once ‘turbulent and mighty continent’ of Europe, looks ‘exhausted’. History did not end. A new geopolitics extracts its revenge on the hubristic assumptions of the progressive West. Internally it assumes the form of a haemoraging western body politic, externally it takes the shape of rising revisionist powers.

David Martin Jones is Visiting Professor in War Studies, King’s College, London. His latest book is Terror in the Western Mind: Cultural Responses to 9/11, co-authored with M.L.R. Smith and published by Academica Press.